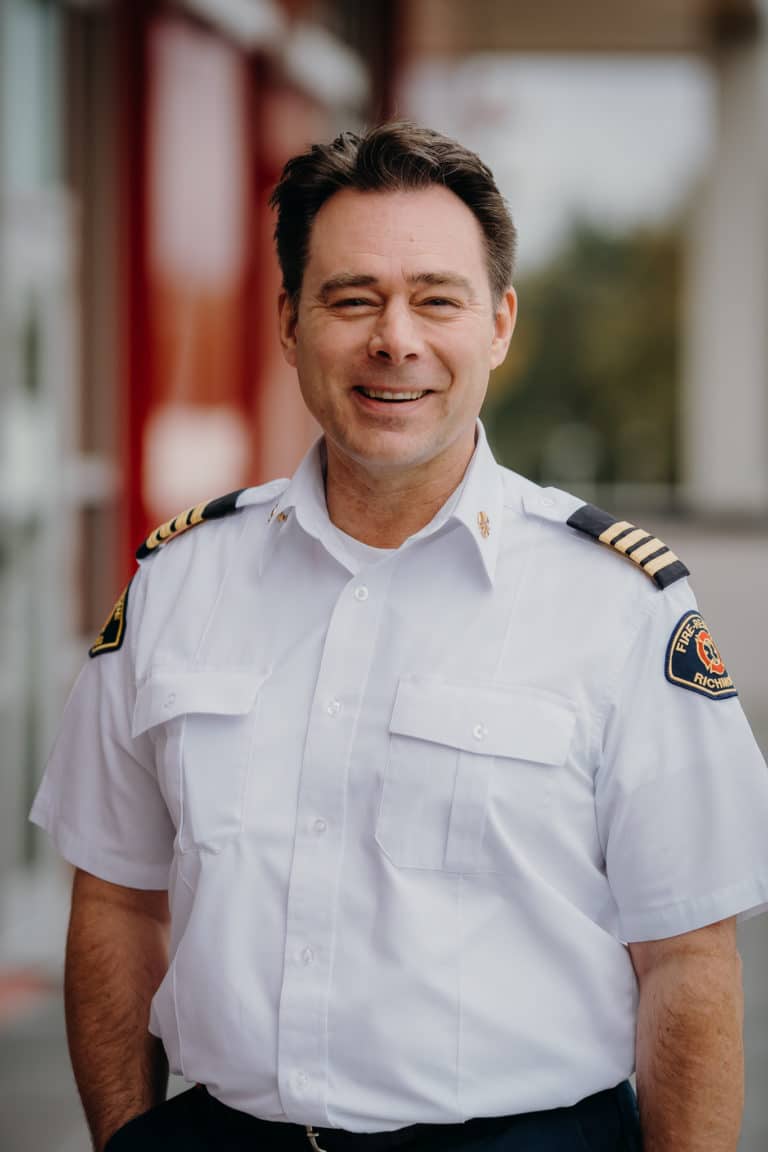 A life-long B.C. resident, Jim was raised in Sechelt on the Sunshine Coast. After studying at several local institutions, he pursued certifications from the Justice Institute, the Sauder School of Business, Capilano College and Simon Fraser University.

Jim began his career in the fire service as a volunteer firefighter where he served for one year before being hired by Richmond Fire-Rescue in the spring of 1990. He always wanted to serve his community in a way that not only helped others, but also allowed him to be a part of a strong and motivated team.

While serving Richmond, Jim has been a firefighter, a dispatcher, an instructor in several disciplines and progressed through the ranks from Company Officer to Training Officer and was promoted to Deputy Chief in 2009. He was also the recipient of the City of Richmond’s Corporate University Award of Distinction in Leadership.

In 2012, Jim made a lateral transition and served with the City of New Westminster as Deputy Chief for six years, after which he returned to Richmond Fire-Rescue in the summer of 2018 to take on the role as Deputy Chief of Operations. As the Operations Chief, Jim is responsible for overseeing the day-to-day operational duties of the emergency response crews delivering services to the community.

Outside of work, Jim enjoys playing as a piper in a local police pipe band, and has played on-stage twice with Sir Paul McCartney during his tours through Vancouver.