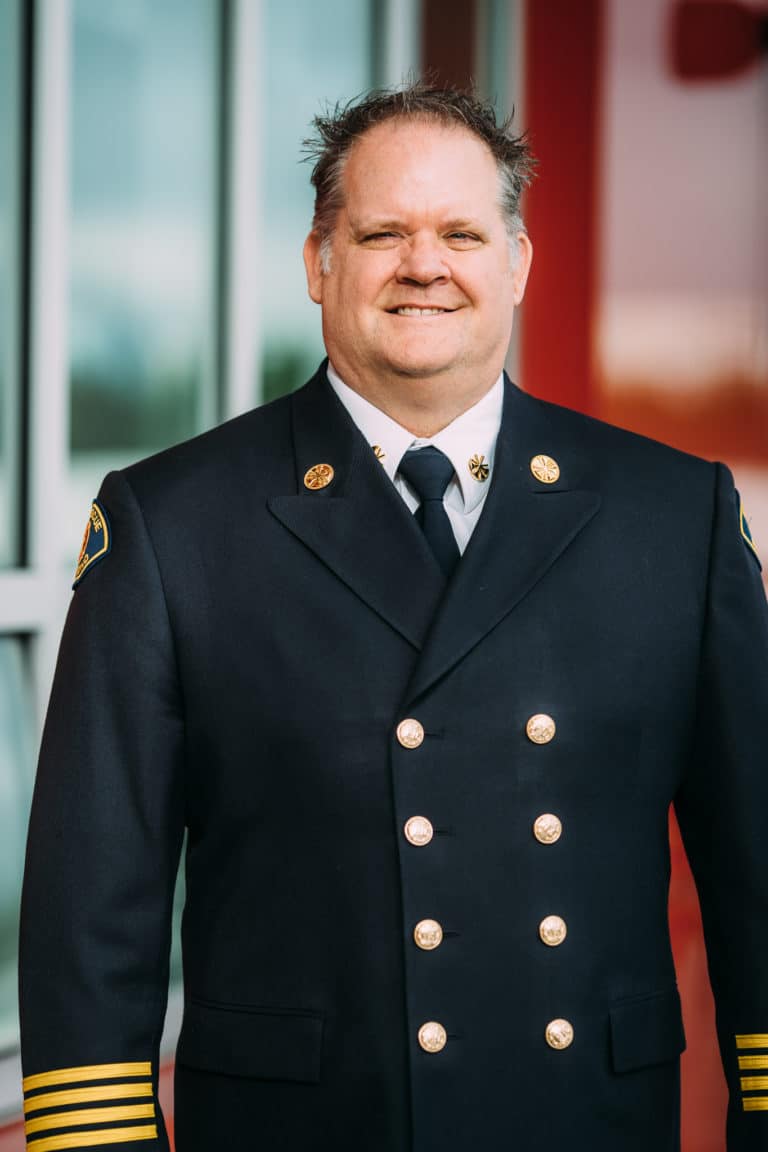 Kevin Gray started his firefighting career with Richmond Fire-Rescue in 1992. As a young firefighter, Kevin was very involved in the development and delivery of the High Angle Rescue Program and later, the Confined Space, HazMat and Rapid Intervention Team (RIT) and High-Rise Firefighting Programs.

Kevin volunteered as a recruit trainer for several new recruit firefighter classes and worked as a shift instructor in many disciplines throughout his career. He entered the Pool Officer Program in 2006, and in 2008 he was promoted to a Training Officer. In 2011, he returned to Fire Suppression as a Fire Captain and in 2013, he was promoted to Chief Training Officer. In 2013, he also became a Deputy Chief.

His commitment to training, personal and staff development and the craft of firefighting is a key foundational core value he believes in, and how Richmond Fire-Rescue will achieve becoming the best fire department in Canada.

Kevin has been nominated for many 9-1-1 Awards with the Chamber of Commerce for his outstanding commitment to the City, and was recognized in 2006 for the Firefighter of the Year Award.

Kevin has always been on teams throughout his life, and the Fire Service provides daily interactions with the public/people in all sorts of different conditions or environments. He enjoys the fact that these interactions involve problem-solving, group thinking and general discussion where everyone respects and learns from each other.

Reporting to the Fire Chief, the Deputy Fire Chief is an integral part of the Richmond Fire-Rescue management team who manages and provides significant leadership, communication, administrative, technical, prevention and operational skills in the Fire-Rescue services. This position also has the responsibility for acting as an assistant to the Fire Chief.