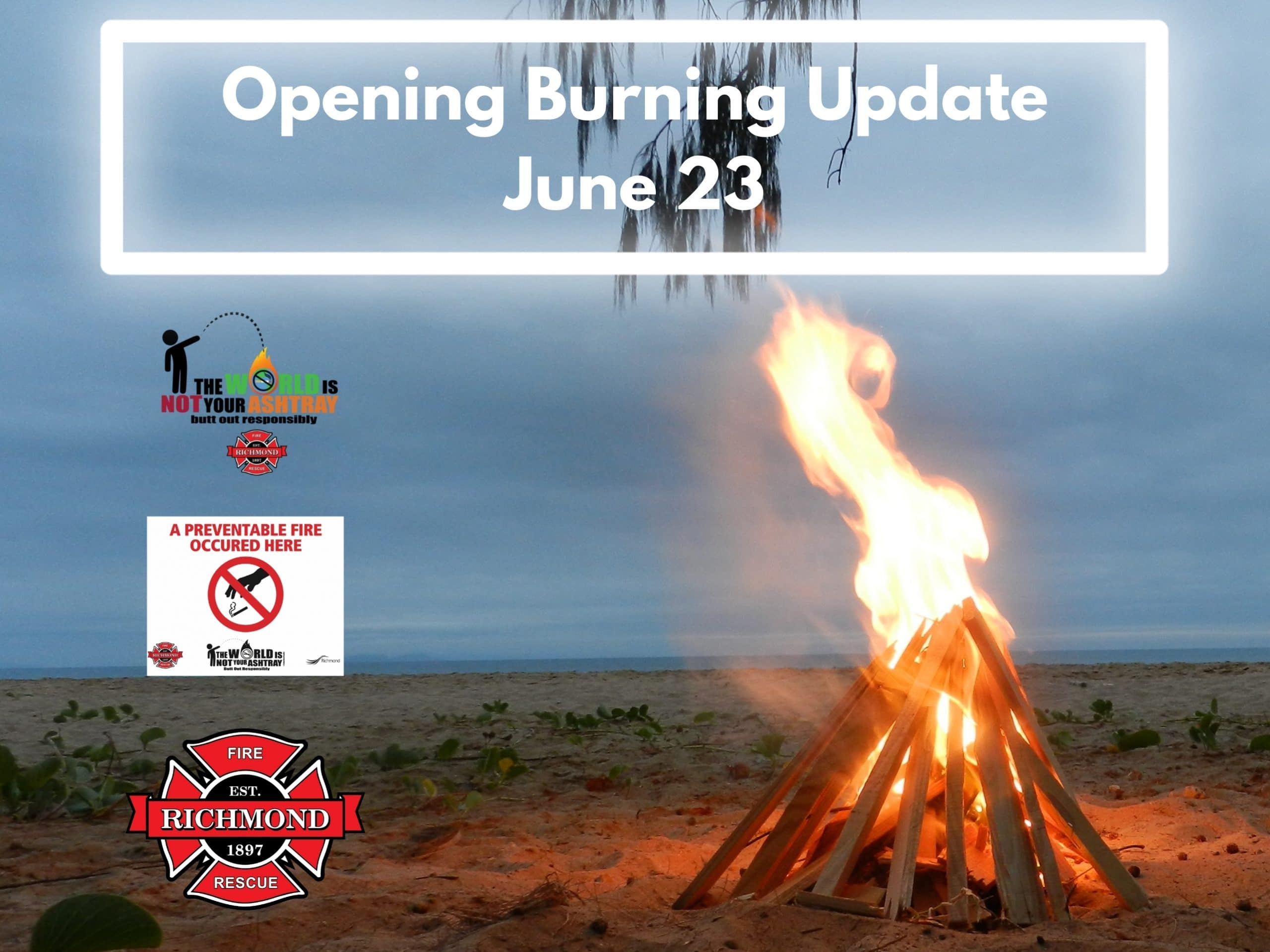 As of June 23, category 2 and 3 open fires will be prohibited within B.C.’s Coastal Fire Centre, which includes Vancouver Island, the Lower Mainland and the Gulf Islands.

The upcoming fire ban does not include campfires smaller than a half-metre tall and wide or cooking stoves that use propane, gas, or briquettes.

While small campfires are permitted, the Coastal Fire Centre reminds residents that a fireguard must surround campfires. As well, at least one person must have a hand tool capable of putting out the fire or at least eight litres of water to extinguish the flames.

Check out all the information HERE