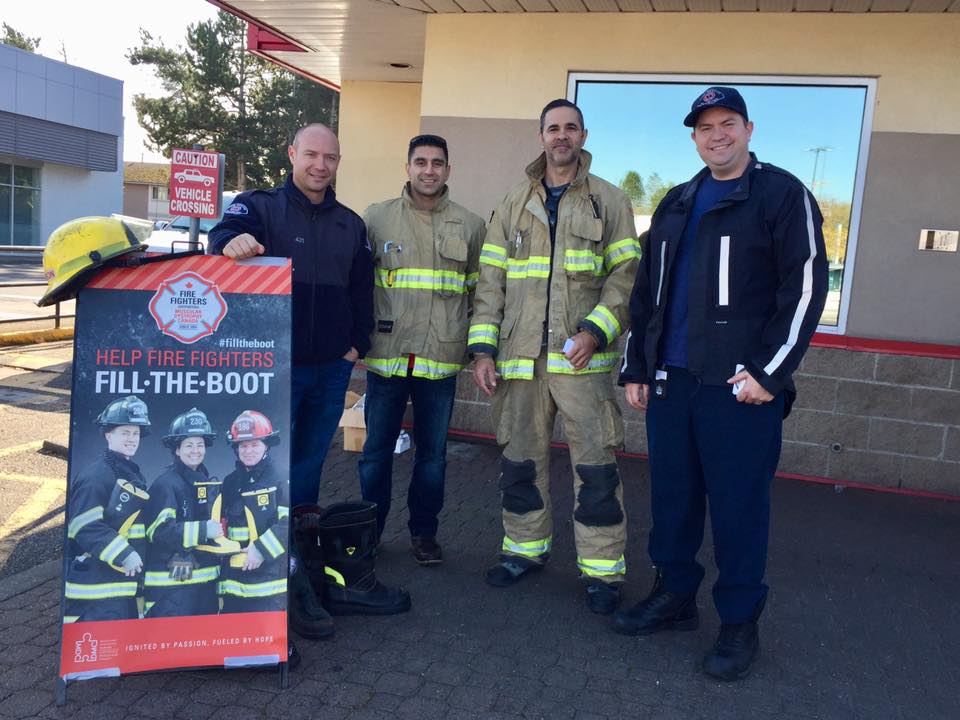 Look for Richmond Fire-Rescue members at the Ironwood Mall on Steveston Highway and No. 5 road and the Blundel Centre at No. 2 Road and Blundell.

Fire Fighters ask members of the public to place voluntary donations in their boots.

In 1954 the founder of MDC, Dr. David Green wanted to raise money to help fund research for his son and other clients impacted by neuromuscular disorders. He reached out to the Toronto Fire Fighters to ask for help, and a tradition began. Since 1954, Fire Fighters have been Muscular dystrophy Canada’s largest network of supporters, delivering an impact that has been felt for decades.