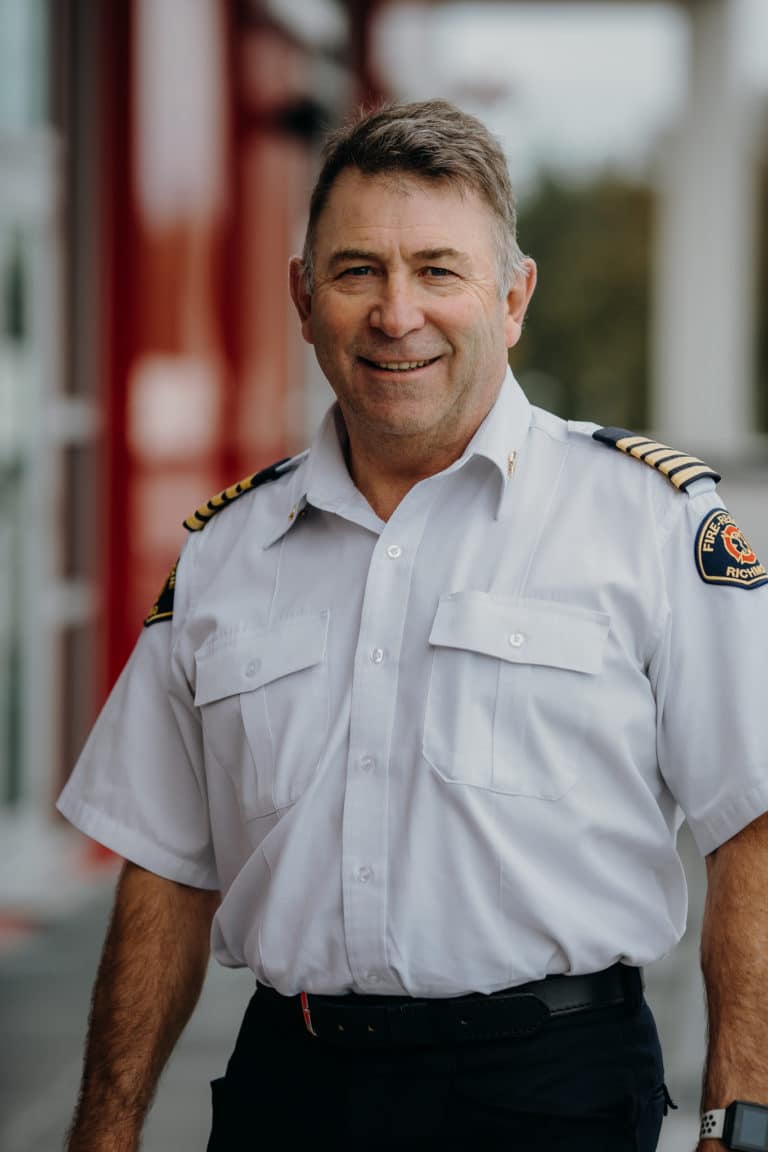 Tim Wilkinson started his firefighter career in 1986 and swiftly progressed through the Department’s ranks from firefighter to Company Officer in 2005, Fire Captain in 2006, Battalion Chief in 2008, Deputy Chief in 2009 and Fire Chief in January 2018. Prior to becoming Fire Chief, Tim was also the firefighter Union President of IAFF Local 1286 for ten years.

Tim has over 33 years of experience working for Richmond Fire-Rescue and is responsible for the operational activities of seven fire halls, their staff and equipment. Tim has been nominated for many 911 awards with the Richmond Chamber of Commerce for his outstanding commitment to the City of Richmond, and was awarded his 30 year Federal Bar.

A very active member of the Richmond community, Tim regularly attends and speaks at many local charitable, recognition events and ceremonies. He always strives to live a life of service and work with diverse communities.

Tim is a keen sportsman and likes to keep active within his community of Steveston where he lives with his with his family. When he’s not at the Fire Hall, you can find him playing on the Canadian Masters Field Hockey Team.